After losing the ability to wield Mjolnir, Thor took up his battle axe Jarnbjorn as a substitute. Thor was affected by the spell and later joined the evil Avengers to battle the inverted X-Men. Loki later tricked Thor into following him to the Moon. There, Loki found Mjolnir as it had been left after Thor became unworthy. Using Mjolnir, Loki became Thor and fought his half-brother until (back on Earth) a reinversion spell was cast, and Loki became his old self once again and when his guilt for past misdeeds returned, he became unworthy as well.

On the Moon, Thor tried to claim his hammer but was once more rejected by it. Even Odin, the creator of the worthiness enchantment of Mjolnir, couldn't pick it up. During a battle against Malekith and some Frost Giants, he also lost his left arm (cut off by Malekith with Jarnbjorn), and later replaced it with a Black Uru arm prosthesis. Later, an unknown woman, who was secretly Jane Foster, proved worthy of wielding Mjolnir, and became the new Thor. After she had defeated some of the frost giants assembled by Malekith to raze the Earth, the original Thor arrived to retrieve his hammer. Odinson confronted her wanting to know his mother whereabouts as he suspected she had something to do with it. Enraged, Odinson attacked her and tried to take Mjolnir back as it attacked the Frost Giants that surrounded them, but it went to its new owner's hands. Sad, he accepted that he was never going to recover his hammer, and asked if she was his mother which she answered by kissing him. Then they joined forces and defeated the remaining Frost Giants. After everything has been resolved, Thor gave his name to her and now attends by Odinson only. Later, Odin tried to find out who is the new owner of Mjolnir, Odinson told his father Mjolnir is belongs to the new Thor now and leave her be, and he gave his name to her. However, Odin insisted to find out the identity of the new Thor. After that, Odinson made a list of the people that might be the new Thor and then investigated the possibilities one by one.

Biologically half-Asgardian on his father's side and half-Elder God on his mother's side; Thor possesses a number of superhuman attributes common among the Asgardian and other gods. However, due to his unique birth, some are considerably more developed than those of the vast majority of his race. Thor's skin, muscle, and bone tissues have several times the density of the same tissues in the body of a human being, contributing to his superhuman weight. He is invulnerable to powerful energy blasts, weighted impacts, falls from great heights, explosions and various other opposing forces. Even without his godly power Thor is still physically the strongest and most durable of all the Asgardians

also known as the God-Force. The godly energies that fuel all of Thor's godlike powers. Thor's immortal life-force is more powerful than the mystical properties of Mjolnir. Unlike many other deities, Thor's unique Life-force allows him to have full access to all of his powers regardless of what realm he enters.

In addition to being the God of Thunder, Thor is also the Asgardian God of Strength, as such he is physically the strongest of the Asgardian gods.

Being a god whose heritage is both half-Asgardian and half-Elder God affords Thor virtual invulnerability and immunity to such human ailments as diseases, toxins, poisons, corrosives, fire, electrocution, asphyxiation, and he has a immunity to heat and subzero temperatures.

The Odinson is able to move at superhuman speeds. This not only means moving fast, but fast reflexes and reactions. This also includes stamina as well.

With a superhuman metabolism, his healing is much faster than a human as well. Healing from broken bones in a matter of hours.

As the son of Gaea, he is capable of controlling the Earth. From extreme weather conditions, to natural disasters.

Forged by dwarves, Jarnbjorn is naturally sharper than almost any Earthly weapon, and can cut virtually anything. In addition, Jarnbjorn has a charm placed on it that makes it indestructible, and it can be used to defend against any attack, even bursts of energy like Apocalypse's optic beam. Thanks to Thor's own enchantment, Jarnbjorn can pierce the armor of Celestials or created using Celestial technology

The Odinson's two very large goats that pull his chariot. With the goats, Thor is able to traverse the nine realms quickly. Not only are they blindingly fast, but they are capable of transcending time and space. Plus, they are immortal. If you were to slaughter one, and feed a family with it that night, by sunrise - the goat would reform back into it's goatly self. 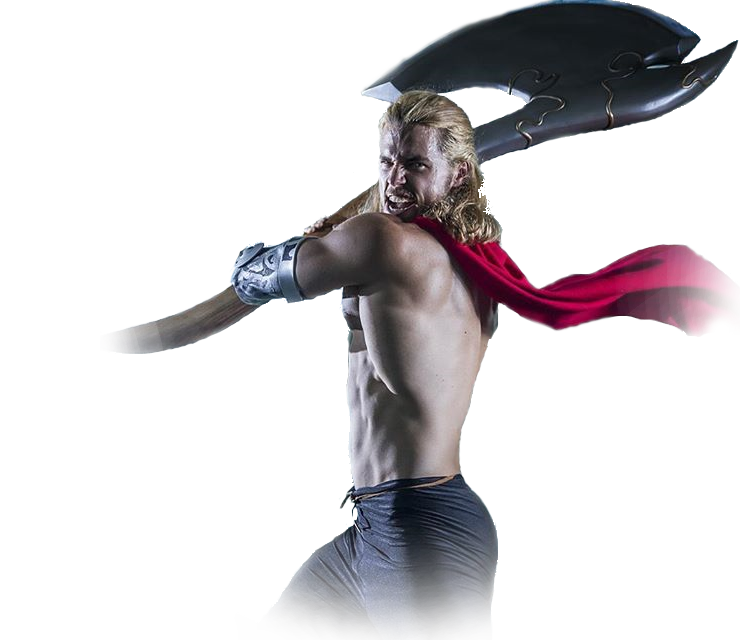 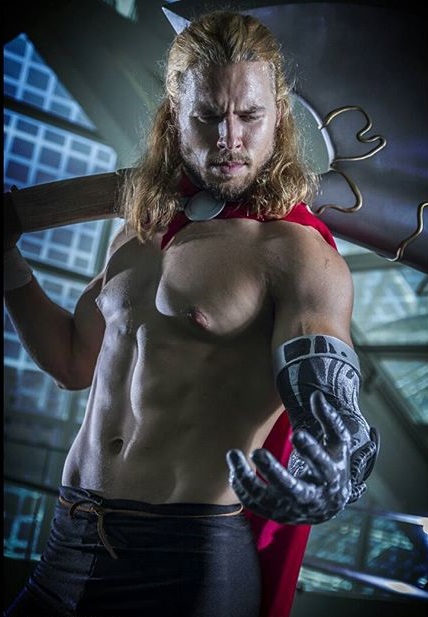