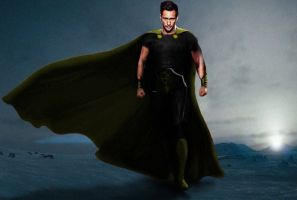 ".. You have mistaken me for someone else. I saw everything perish, yes. That much is true. But it didn't claim me. I remained apart from it. I am its opposing force. I am the sun-- and I have no use for death."

Only known surviving member of his world

"Truth without compromise, thought without error, All things for the betterment of the whole."

The super-being that would become known as Hyperion came to Earth as a baby, sent as the only survivor of the race of Eternals from a dying world. A human named Father raised him under the name of Marcus Milton, teaching him the morals of society. As an adult he became the super hero known as Hyperion, and protected the world along a team of super humans known as the Squadron Supreme.

One day, his universe and another started colliding. While he was trying to prevent the destruction of his reality, he was left in the void his destroyed universe once occupied, as the only survivor, floating in nothingness.

But, the group of scientists known as A.I.M. from another universe managed to pull him to their reality. He spent most of his time in captivity, until he was freed by Thor, who offered him a place in the Avengers.

Hyperion's unique physiology is common among the Eternals. His body collects cosmic radiation and operates in a process similar to nuclear fusion. As a result, he possesses various superhuman attributes.

Hyperion possesses great physical strength. Marcus Milton was able to hold two earths apart to prevent them from colliding with each other for a long period of time. He has fought an enraged Hulk to a standstill. This feat would place him in the same category of strength as Wonder Man, and Gladiator, if not Thor, Hulk and Sentry.

Hyperion can run, move, and react at speeds that are far beyond the physical capabilities of even the finest human athlete. He has also shown he is capable of moving faster than lightning.

Hyperion has the ability to levitate himself and fly through the air at tremendous speeds by harnessing and manipulating anti-gravitons. He is capable of achieving speeds sufficient to attain orbital velocity at roughly 25,000 miles per hour. He is capable of reaching lightspeed as he has also shown he can be fast as lightning.

Hyperion's highly advanced musculature produces considerably less fatigue toxins during physical activity than the musculature of a human being. He can exert himself physically at peak capacity for several days before the build up of fatigue toxins in his blood begins to impair him .Hyperion is also able to physically withstand the rigors of space without any special clothing.

Hyperion's body is far tougher and more resistant to physical injury than the body of a human. Hyperion can withstand high caliber naval gun fire, falls from tremendous heights, exposure to near absolute temperature and pressure extremes, powerful energy beams and great impact forces. He has been able to survive the destruction of two universes.

Hyperion's agility, balance, and bodily coordination are enhanced to levels that are far beyond the natural physical limits of the finest human athlete

Hyperion has the ability to use both thermal vision, and X-ray vision, just by focusing. He is capable of seeing inside, and through materials from high distances. (Several miles away.)

Hyperion is capable hearing of amazing clarity, distance, and even frequencies outside normal range, hearing a russell in some bushes several miles away, and near immediately pinpointing them.

Hyperion's reflexes are similarly enhanced and are far superior to those of the finest human athlete. He is able to move, and react at the speed of light.

Hyperion is capable of firing beams of highly intensive heat from his eyes that's often referred to as Atomic Vision, as well as several others. The full limits of his Atomic Vision isn't known, but it is known that he can generate up to at least 12,000 degrees Fahrenheit.

Despite his body's great physical resistance to injury, it is possible for him to be hurt. If injured, Hyperion can purposely channel cosmic energy to repair damaged bodily tissues much faster and more extensively than a human being is capable of. Hyperion's healing abilities have proven sufficient to, over time, regenerate damage done to his eyes since going blind after overuse of his Atomic Vision. Hyperion's healing powers also dramatically decrease the rate of his aging to an unknown degree. It isn't known if he ages at an exceptionally slow pace or if he has stopped aging altogether. He is also immune to the effects of all known Earthly diseases, viral infections, toxins, chemical poisoning, corrosives, and radiation exposure.


-
-
-
-
-
- Best viewed in Google Chrome.
- Hold control, and press your + or - button until the profile is properly sized.
- No layout thievery.
- Faceclaim is Alexander Skarsgard 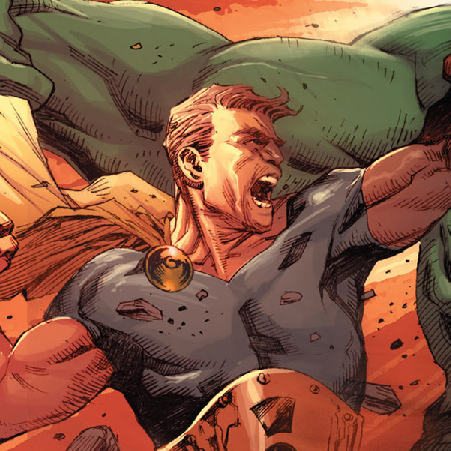 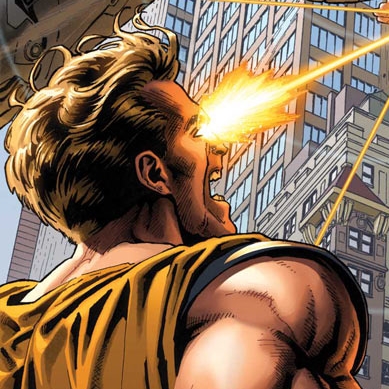 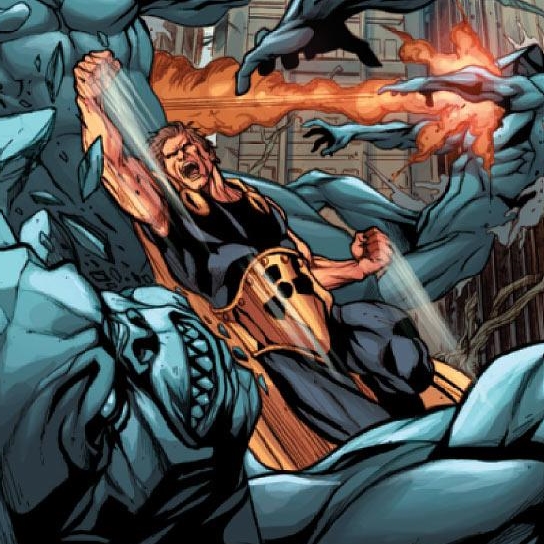 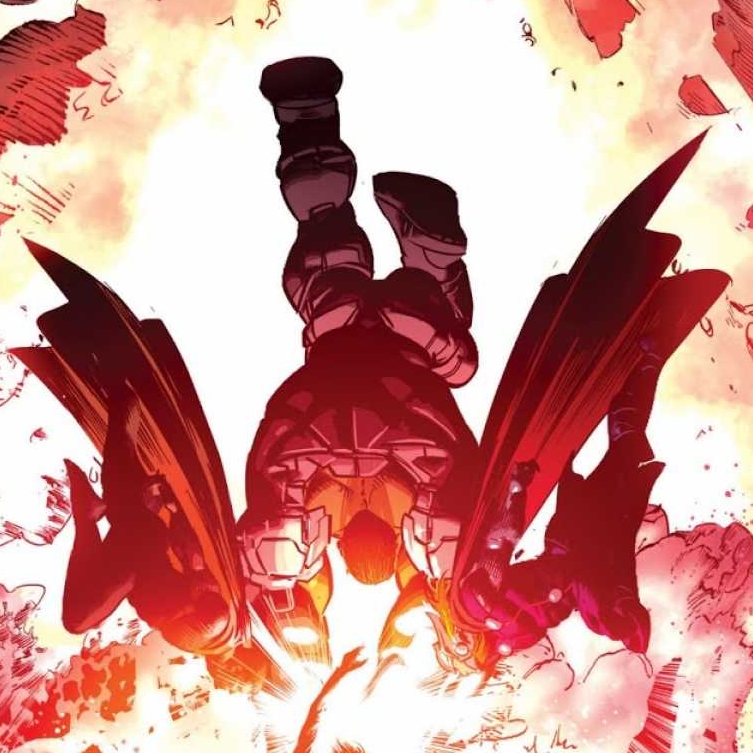 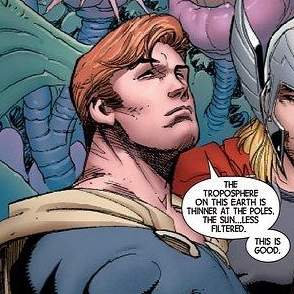 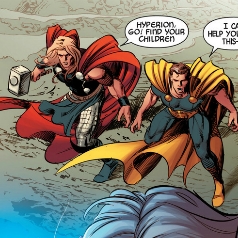 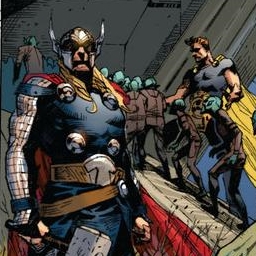 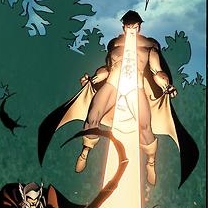 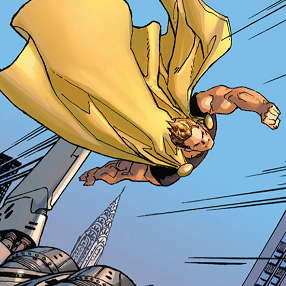 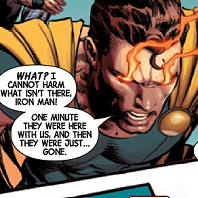 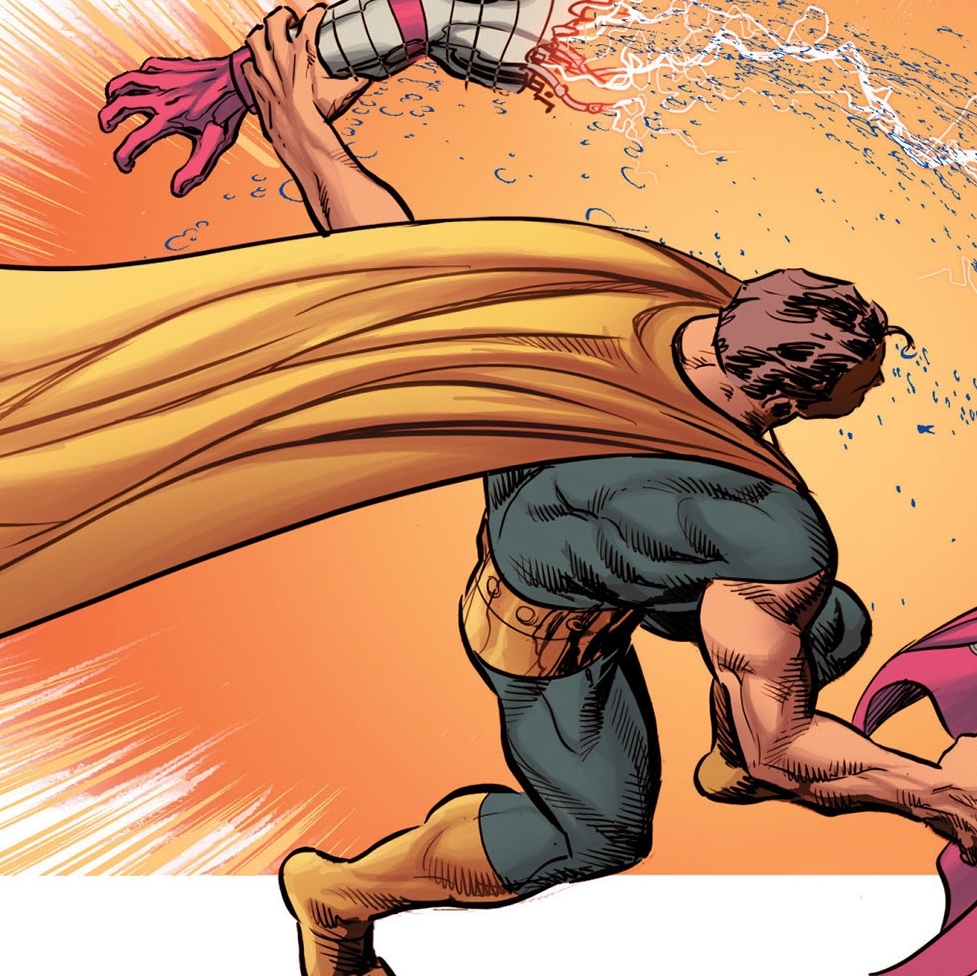