Barry Allen is The Flash, the fastest man alive. Using his super-speed powers, he taps into the Speed Force and becomes a costumed crime-fighter. His position is a legacy in the Flash Family, successor to the original Jay Garrick and predecessor to Wally West. He is a founding member of the Justice League of America.

When he was a child, his mother was killed and his father was convicted. The drive to prove his father was innocent gave Barry a strong belief in justice.

In high school, Barry had a reputation for being slow and easy-going. On his first date, he went to a carnival. His date had wanted to put a little motion in his life, and they went on the roller-coaster first thing. Because of this, he developed a fear of roller-coasters, a fear that he didn't get rid of until much later in his life.

Barry loved chemistry from an early age, and that helped his skills as a farmer. He won first place in the Fallville County Fair Agricultural Competition, a prize which included an scholarship to Sun City University. He graduated in three years with a major in organic chemistry and a minor in criminology.

While a senior, Barry helped the authorities apprehend a bank robber, and he was offered a job as a forenzic scientist for the Central City Police Department Scientific Detection Bureau. Eager to be in the sister city of his childhood hero's home, Keystone City, he accepted the offer.

After moving to Central City and getting an apartment with a laboratory in the back, Barry began dating Picture News reporter Iris West, who he met while examining an apparent murder that she was reporting. She was charmed by his honesty and stability.

That night during an electrical storm, Barry returned to an experiment after a short break. All of a sudden, a bolt of lightning streaked through a window, shattered a chemical cabinet and covered Barry in the electrified chemicals. Dazed, he decided to return home in a taxi. However, the taxi started to pull away without noticing him. Barry sprinted after it, only to run straight past it as if it had been standing still. He decided to sit down and recollect his thoughts at a diner. A passing waitress accidentally spilled the items of her tray onto Barry, who amazingly caught them all in mid-air and returns them to the tray. The next day, Barry saved Iris from a stray bullet. There was no question about it: the freak accident had somehow given Barry superhuman speed!

The Speed Force is a vaguely defined extra-dimensional energy force from which most superspeed-powered heroes draw their powers. The Speed Force serves as the ultimate measure of velocity in the DC Universe. They are often referred to in terms of barriers: Sound barrier, Light barrier, Time Barrier, Dimensional Barrier, and finally the Speed Force Barrier. Barry Allen is the very source and creator of the Speed Force,and generates it with every step he takes. For this very reason, he is unaffected if any other speedster tries to steal or drain his speed. Barry Allen is the fastest of the Flash, and is arguably one of, if not the, fastest beings to have ever existed. He is currently fast enough to easily break all of the barriers and even enter the Speed Force itself, and is one of the few people to have ever escaped from it. He does not often go beyond Mach 10, as speeds above that level are catastrophic to the enviroment. He has outrun Death in the form of The Black Racer, and can most likely reach any speed he can imagine, and more.

Accelerated Healing - Speed Force conduits are not invulnerable nor durable enough to sustain damage however if they are harmed they will heal at high speeds. Any normal wear and tear damage to their bodies are almost instantly healed.

Decelerated Aging - Speed Force conduits have a slowed aging process. This power can be imparted on their most intimate loved ones by extended contact rather than distribution.

Energy Construct Creation - Speed Force conduits can use the matter generated by their speed to create solid objects such as walls or bridges. This power requires constant concentration and reapplication of the construct for it to remain stable. Flash's after images are also construct creations.

Flight - Speed Force conduits can rotate their arms and spin their bodies like tops to achieve something of a kind of helicopter flight. However, with practice conduits can even achieve controllable flight if launched at high speeds. Despite their flight abilities they are always faster on their feet.

Increased Perceptions - Speed Force conduits traveling at the speed of sound may miss important events as they run by. The Speed Force grants them enhanced senses that allow them to see, hear, smell, touch and/or taste at an increased speed and understand it as it is processed.

Infinite Mass Punch - Speed Force conduits have an increased level of strength added to their bodies which they can impart in different ways. Certain speedsters can strength each and every move they make however this requires attention and stress for each movement and therefore is almost never used. In most cases conduits can focus the Speed Force's extra-dimensional energies into one massive punch; when used in practiced this punch pushed a metahuman from one continent to another.

Phasing - Speed Force conduits can vibrate their molecules so quickly that they can achieve intangibility for short bursts allowing them to phase through objects.

Self-Sustenance - Speed Force conduits travel at incredible speeds which cause their bodies to work overtime. In situations where their bodies may be too fast for them to breathe they may impart on the Speed Force for sustenance. However, this almost always results in the conduits having an increased metabolism at all times requiring them to constantly refill their energy supplies.

Sharing the Force - Speed Force conduits can allow their friends or family members to run along side them at their equaled speeds. Certain conduits who may only have minor access to the Force may achieve full levels of the Force due to the main conduit's association with it.

Speed Force Aura - People who are propelled by the conduits during high speed situations can survive the harsh conditions associated with mach speeds. When the conduit must rescue an individual from a burning building these individuals will be protected while within the aura.

Steal Speed - Speed Force conduits can steal the accelerated motion or momentum from objects or people to reduce their speed or even virtually stop them. Conduits may also steal the speed from other Speedsters or other fast moving people.

Supercharged Brain Activity - Sometimes neglected by Speedsters who only operate at superhuman speeds and never slow down enough to understand their full potential; Speedsters can access superhuman levels in their brains further than processing information. They can test theories, understand difficult equations and run trial and error in their brains at superhuman speeds. Different conduits access this activity in different ways.

Superhuman Endurance - Speed Force conduits have to access the Speed Force for a number of different tasks. Most Speedsters use their superhuman speed and react at superhuman speeds; therefore, they must run for extended periods or operate for a large amount of time. Their bodies can handle the stresses of superhuman racing without noticeable distress.

Superhuman Speed - Speed Force conduits have one main ability above all else. Conduits are connected to the barrier and accumulation of all Speed known in their universe. These characters immediately understand how to run at superhuman speeds and their bodies instinctively understand how to react at high-speed situations. Older speedsters have a reduced but maxed speed of 770mph which is just below sonic booms allowing them to react to situations without causing civilians undo stress. Speedsters in their prime can travel at much faster speeds such as the max level of recorded aided speed on Earth and even reach the speed of light with enough willpower. It is possible for conduits to travel much faster than the speed of light however such levels require an incredible amount of stress. Speedsters unaccustomed to their max level of speeds may detach themselves from the Speed Force or even become part of the Speed Force by accident.

Vortex Creations - Speed Force conduits that plant themselves on the ground and rotate their extremities can cause an incredible amount of wind to burst through their focused funnel. Most Speedsters use this ability automatically when they run reducing the air currents around their body to low enough levels to no longer inhibit their speed. Creatively, Speedsters can create tornadoes and gusts with their arms. 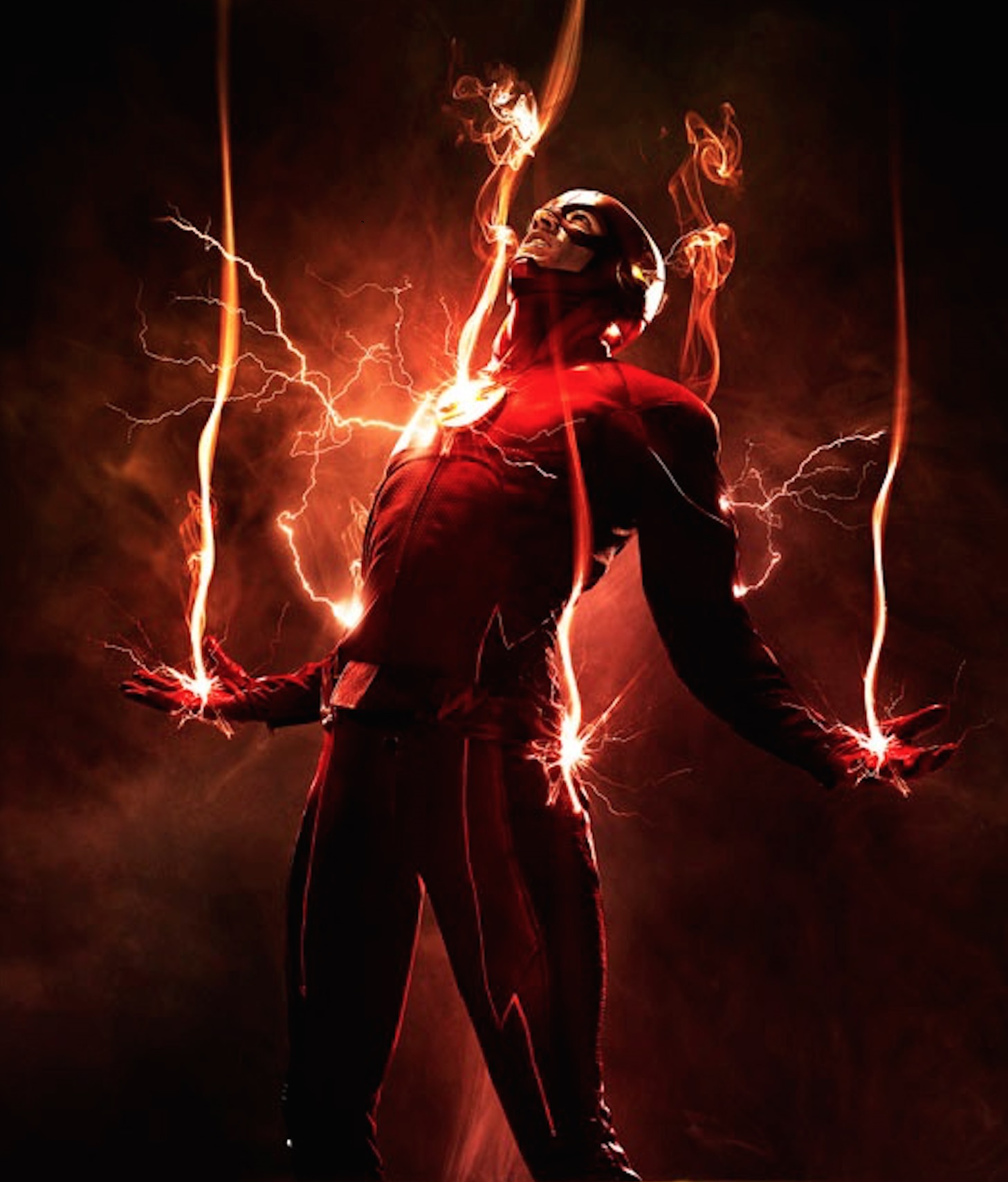 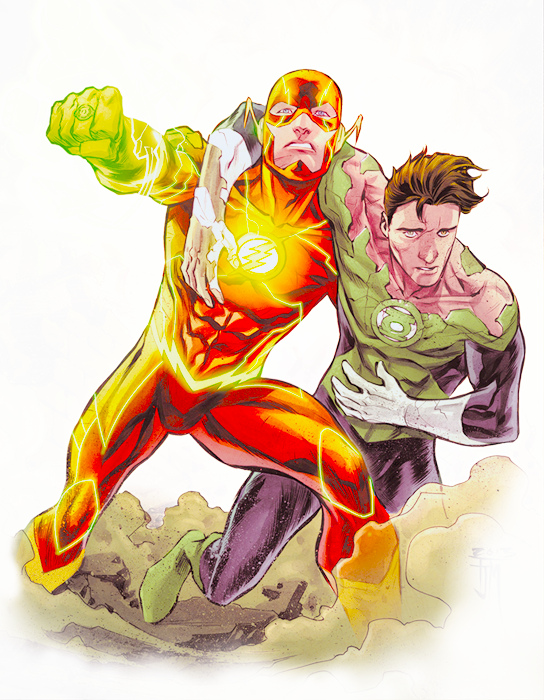 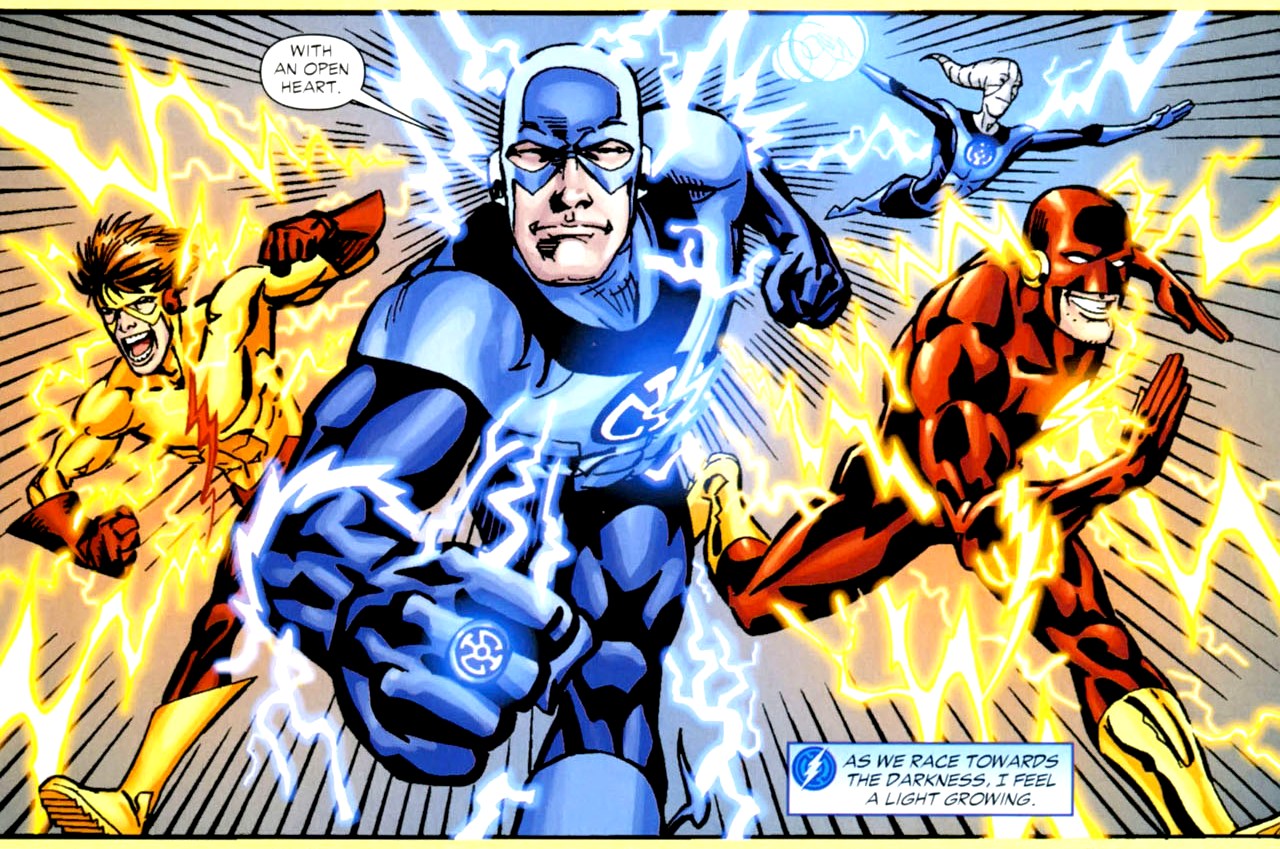 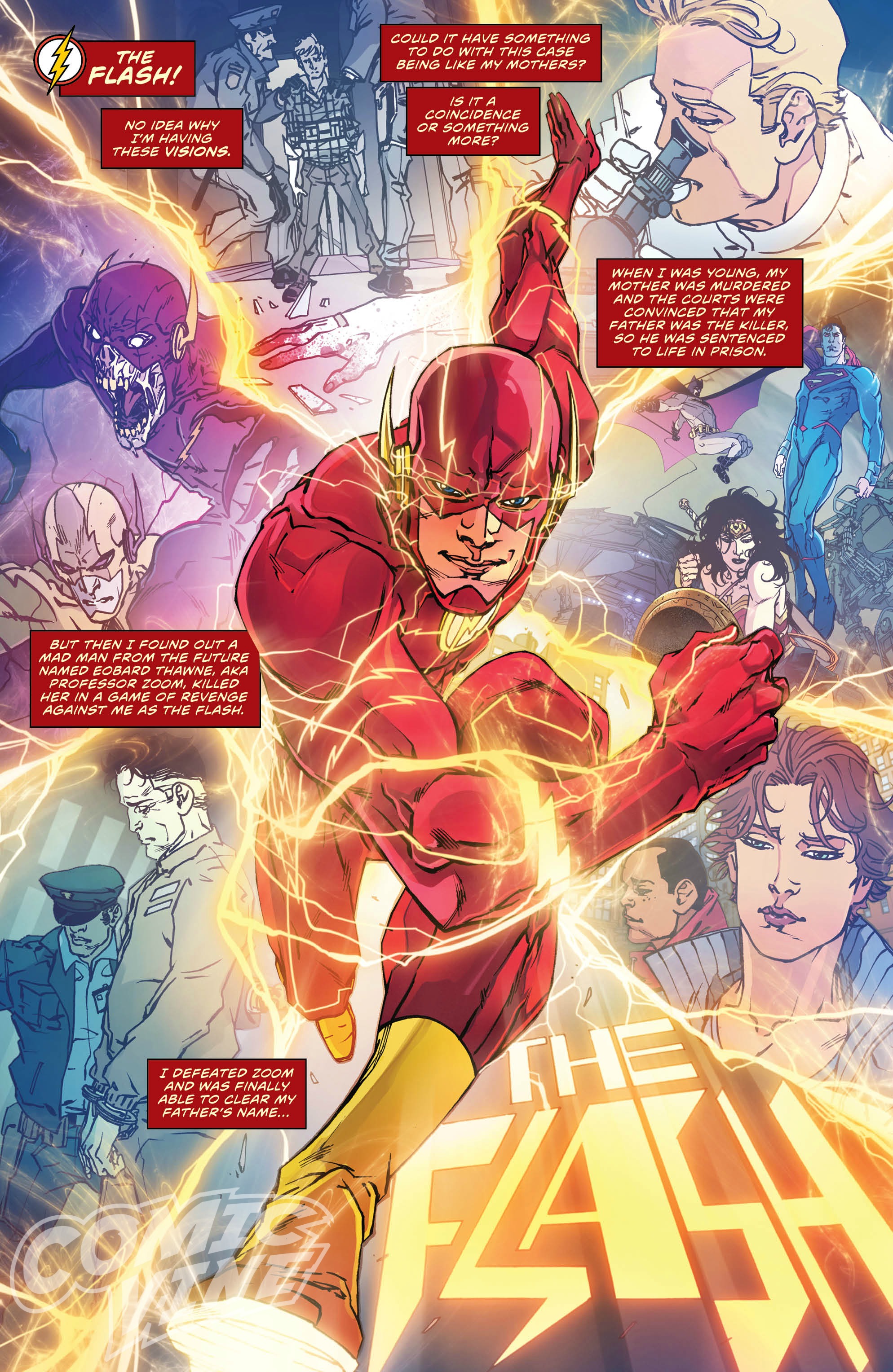 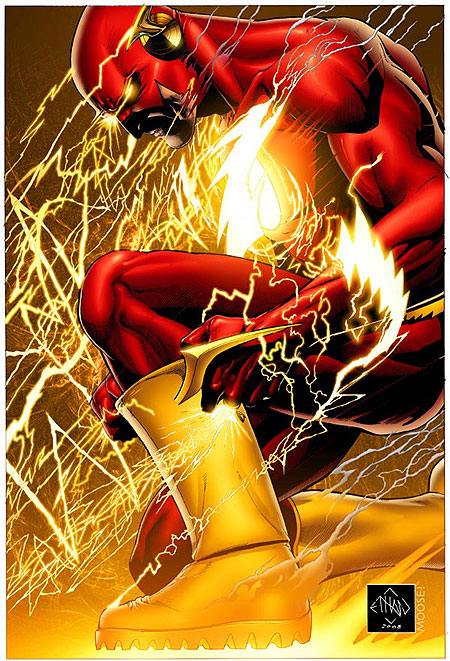 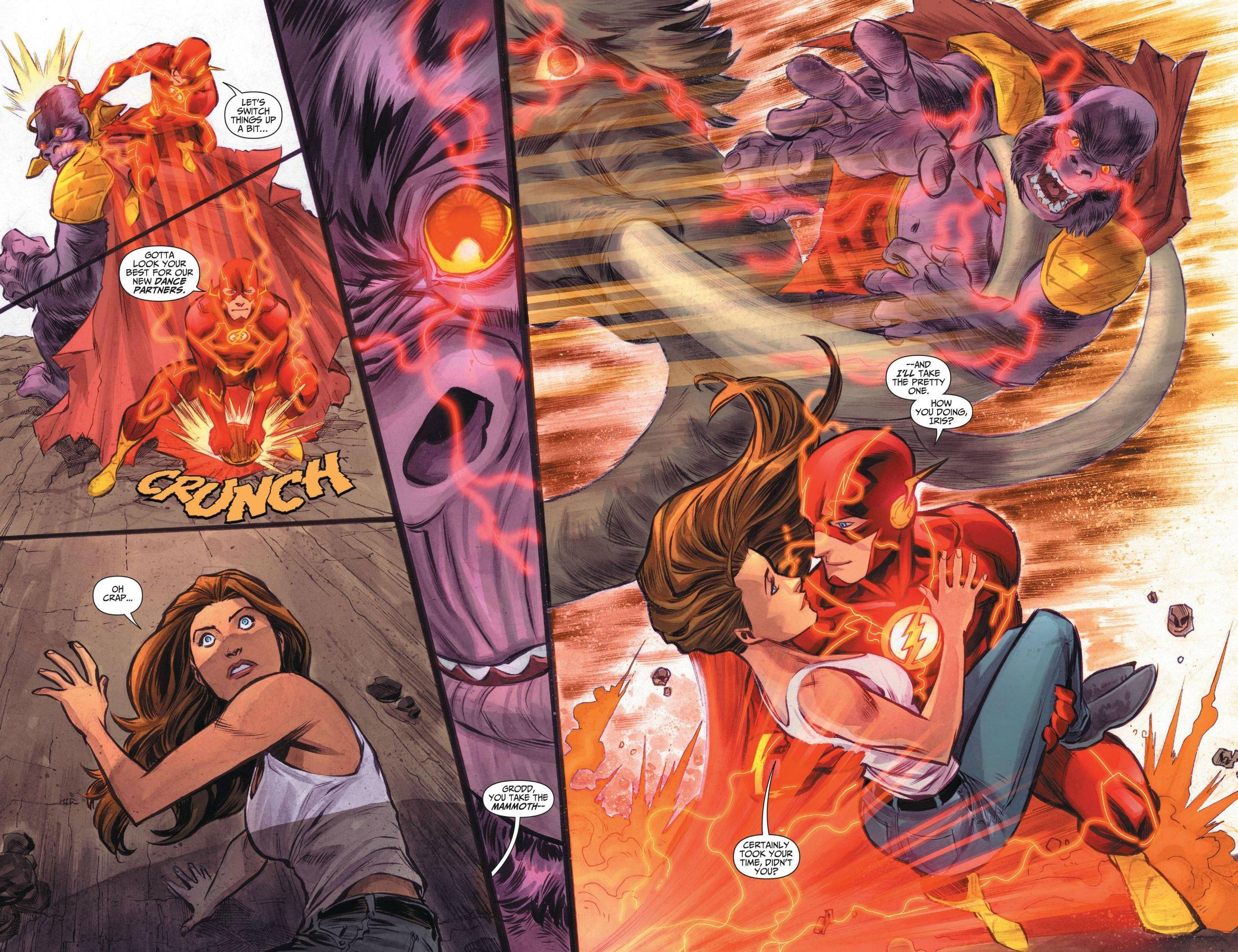 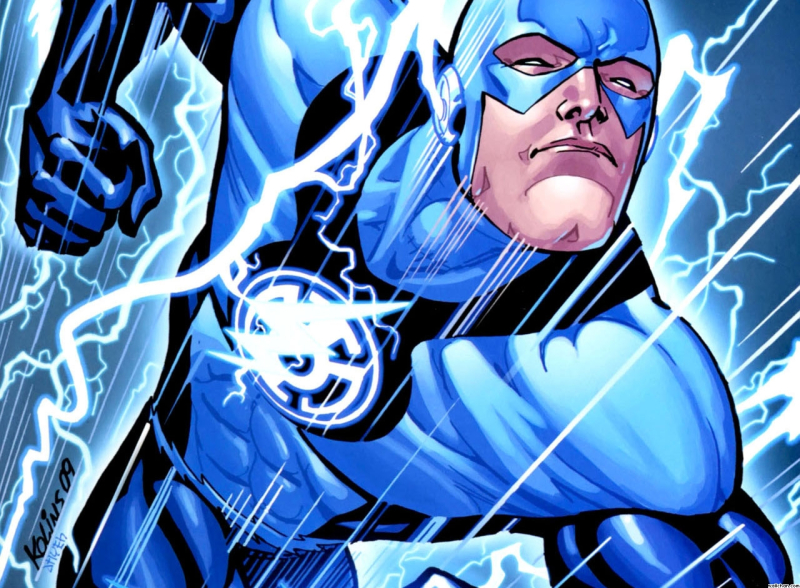 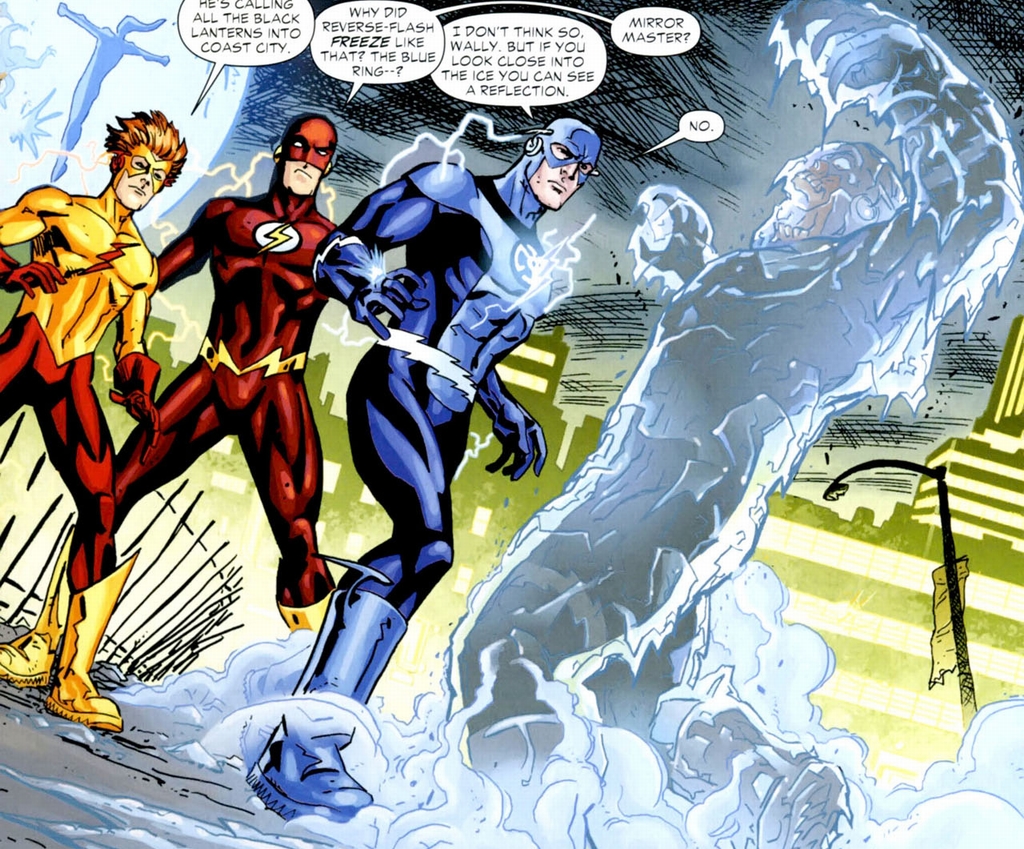 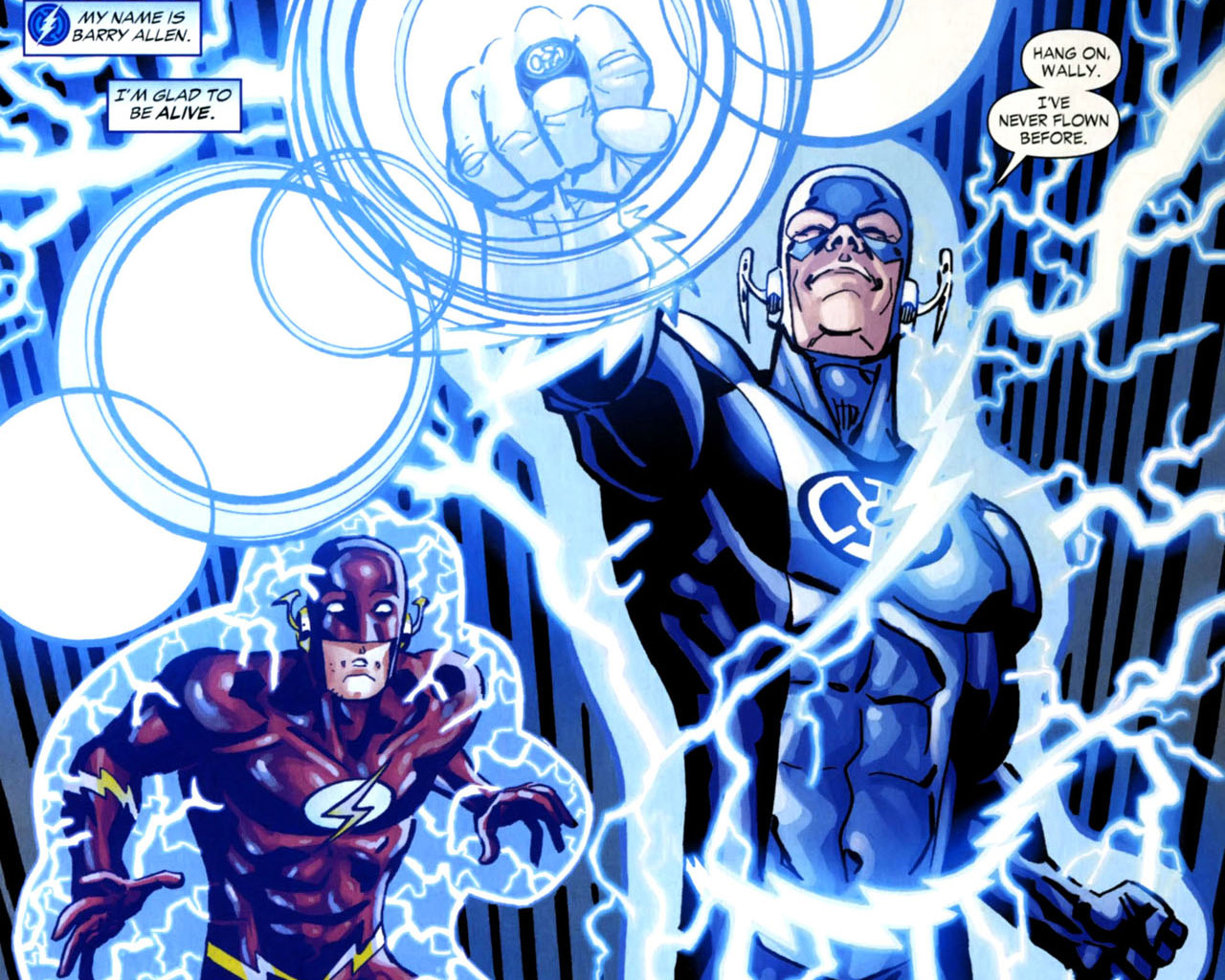 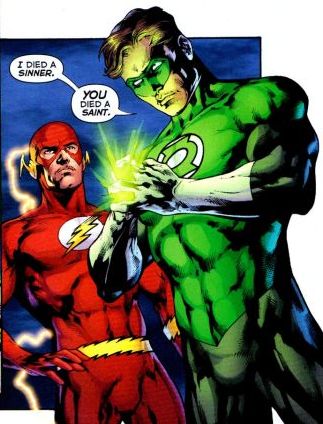 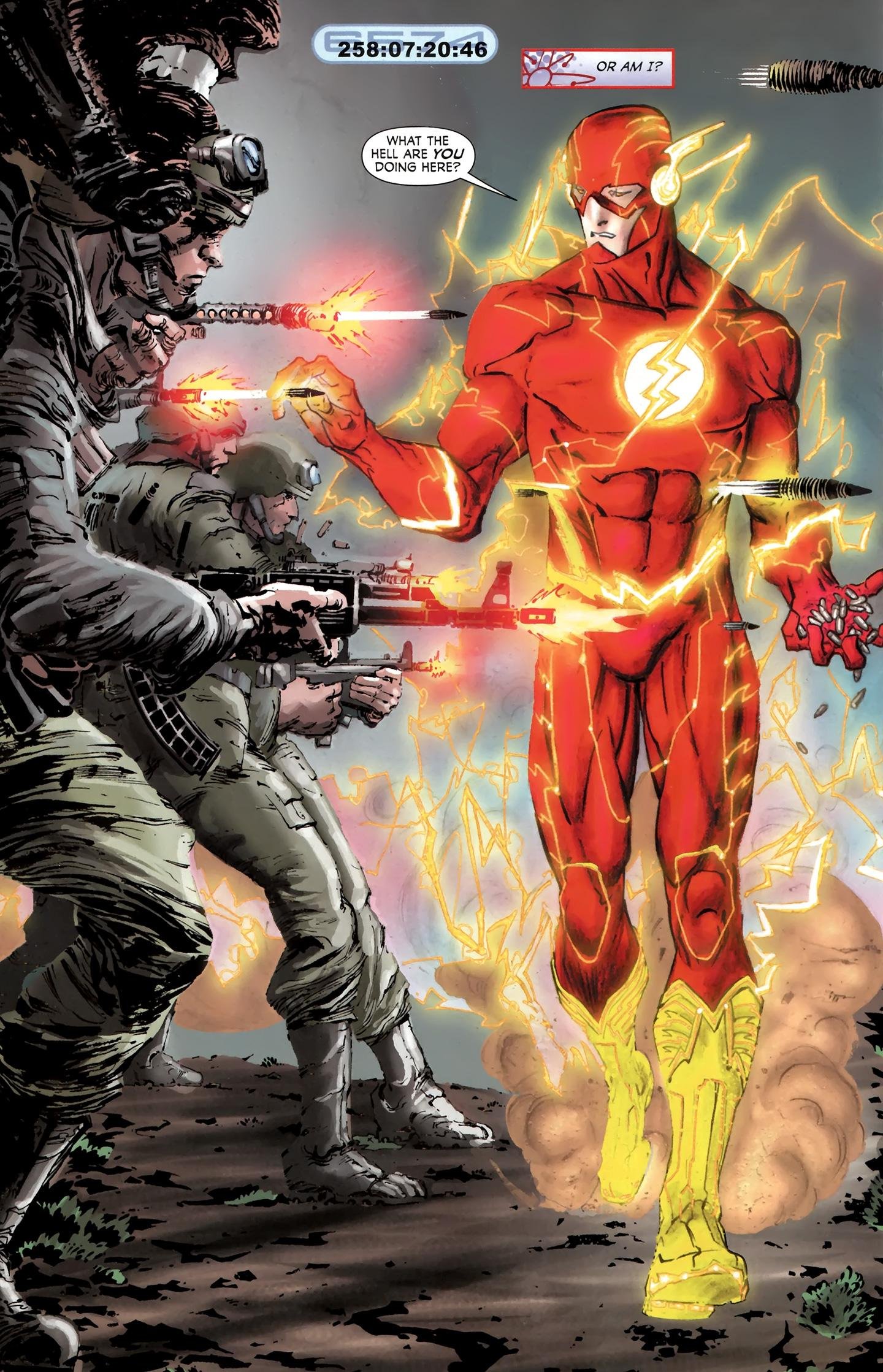 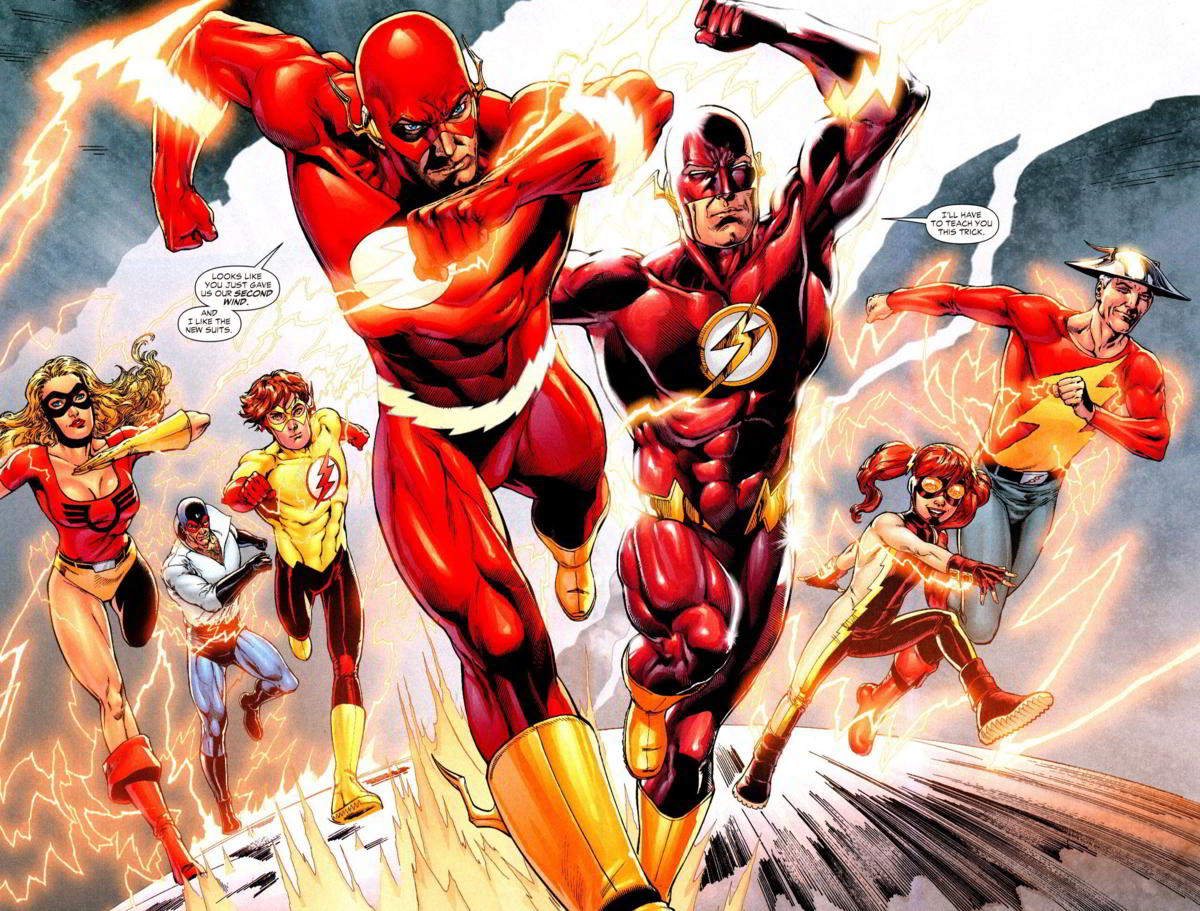 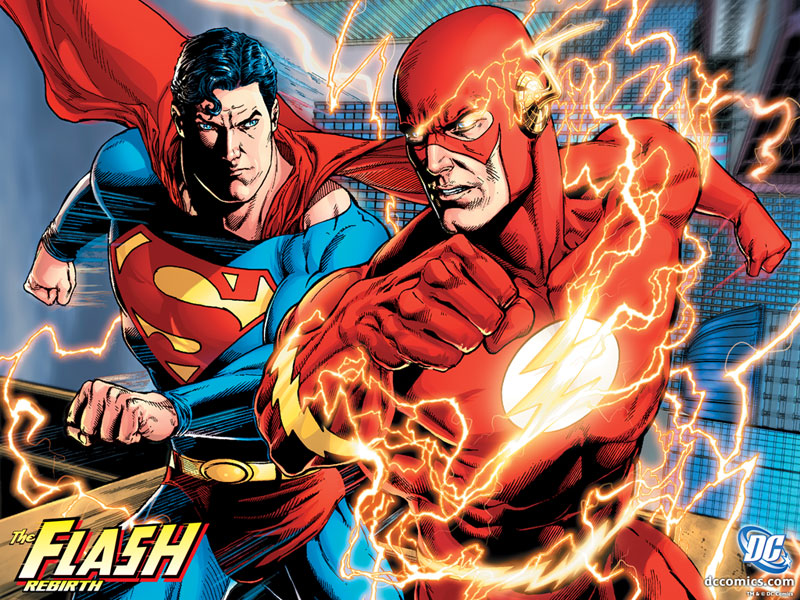 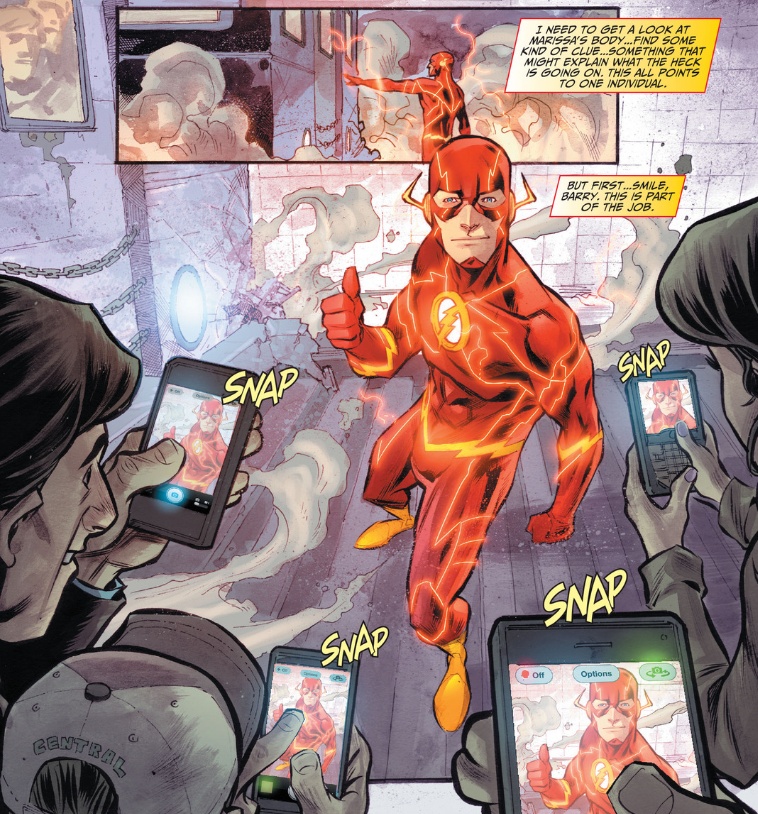 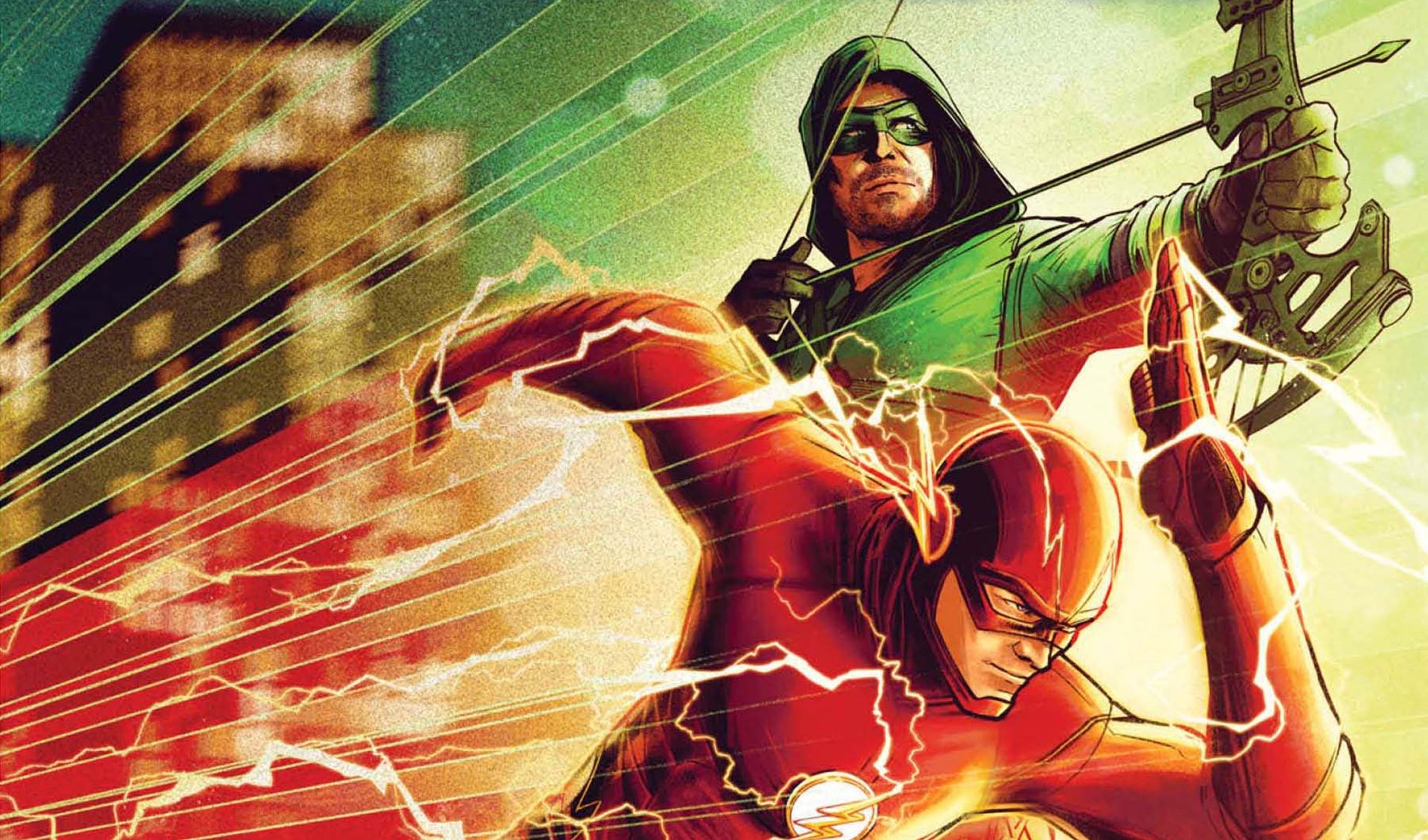 I'm a mirror poster in most cases. Unless it's late, or I'm multitasking a thousand and one things. I'm good with a thousand before I overload.

Barry Allen is a faithful man. Affairs defeat the purpose of this character. So sad to say, this Flash will not be sleeping with you.

No furries, or herms please.

Save the drama for the Jersey Shore people. I'm not interested.

No layout thievery. I help lots of people code profiles. Ask for help. 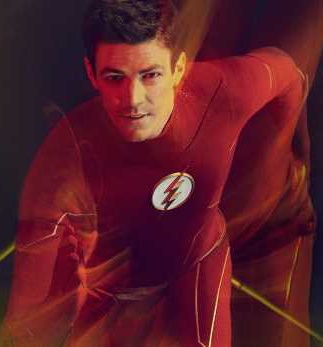 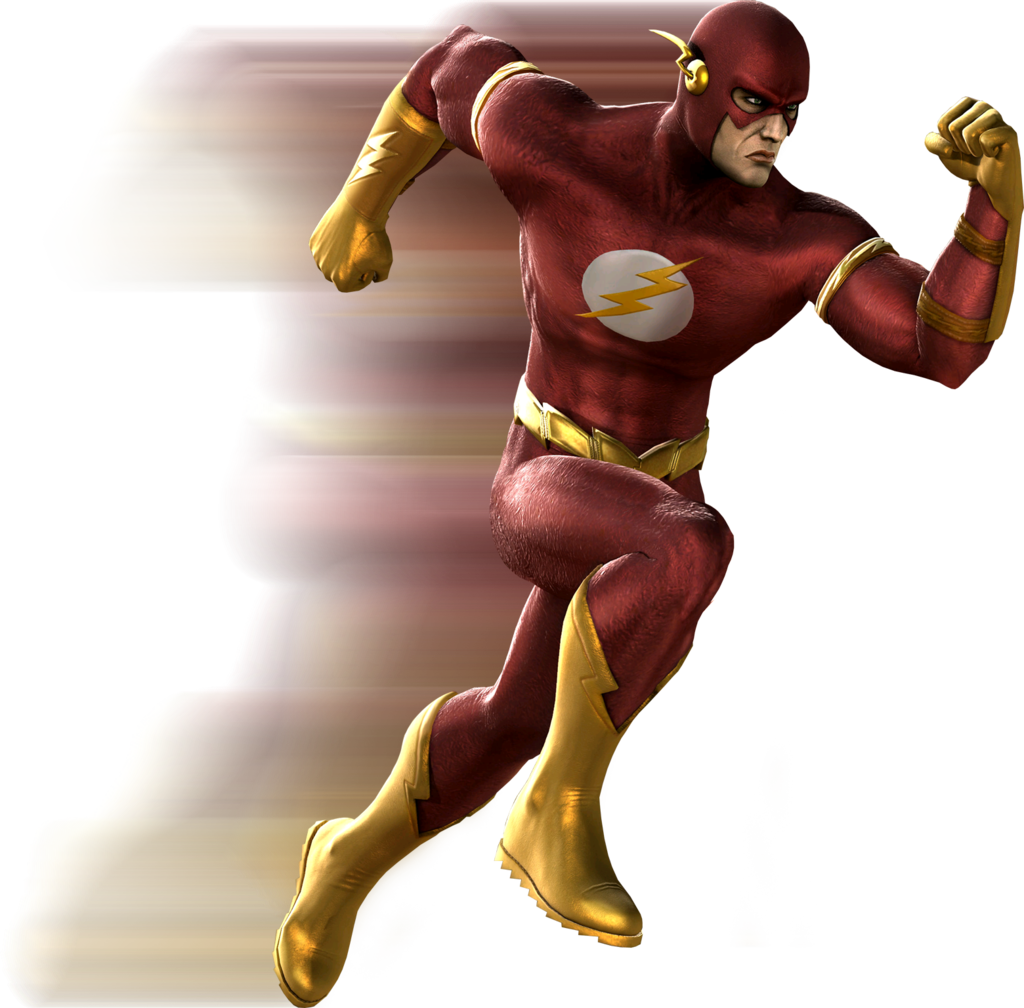 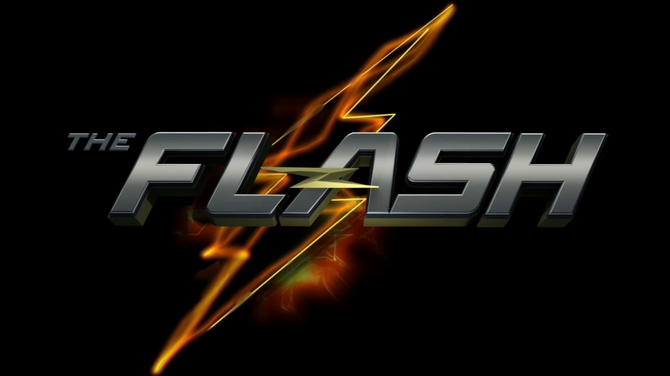